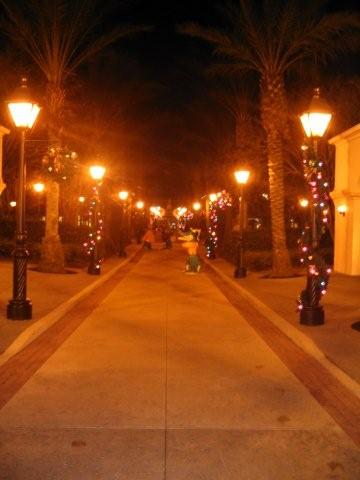 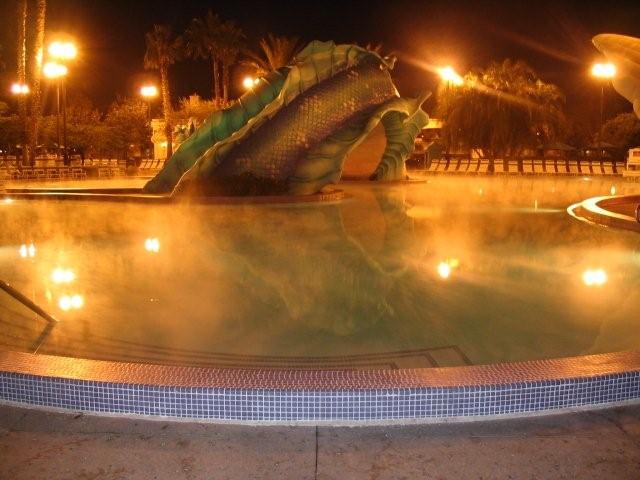 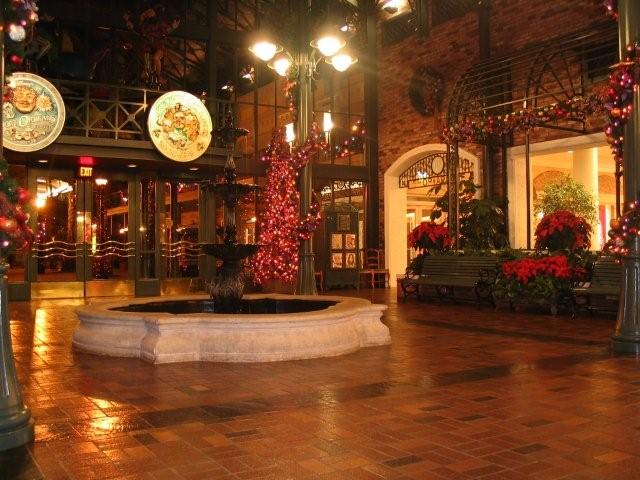 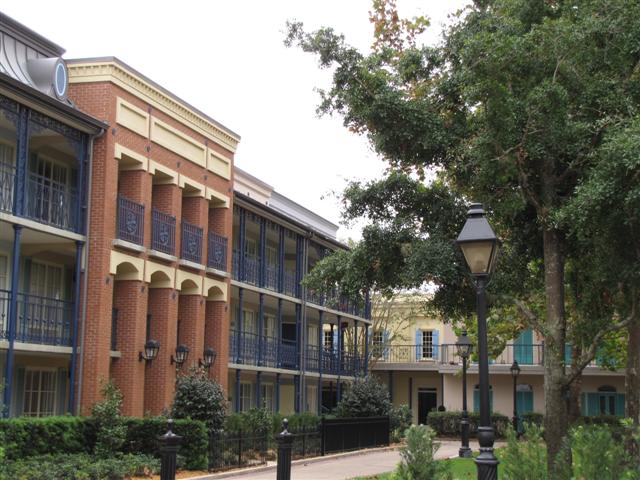 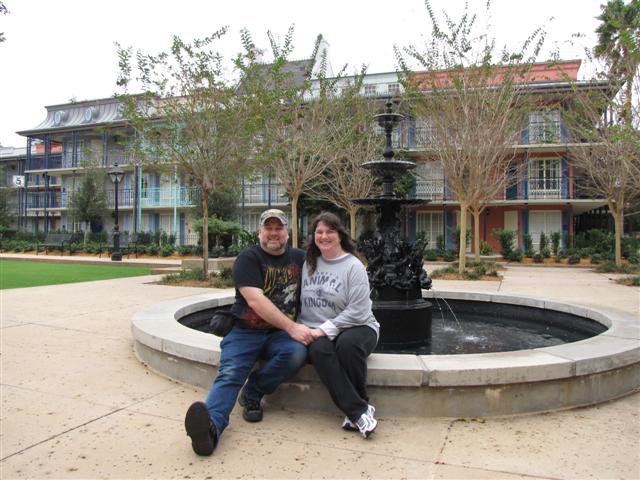 My wife and I at the French Quarter 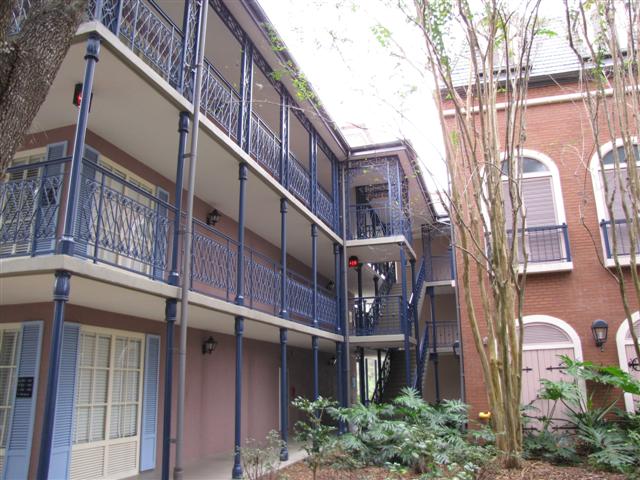 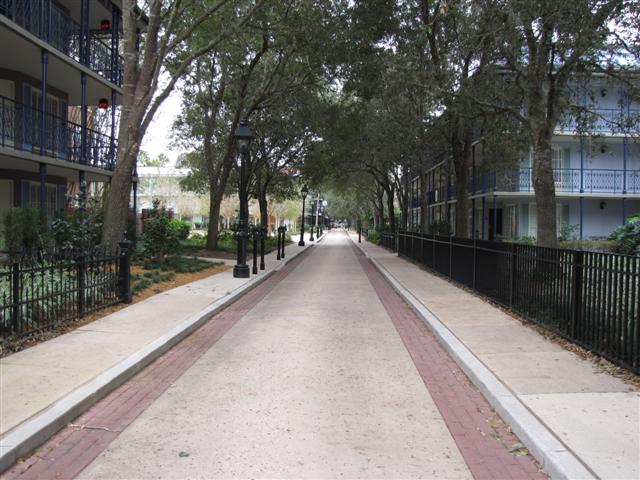 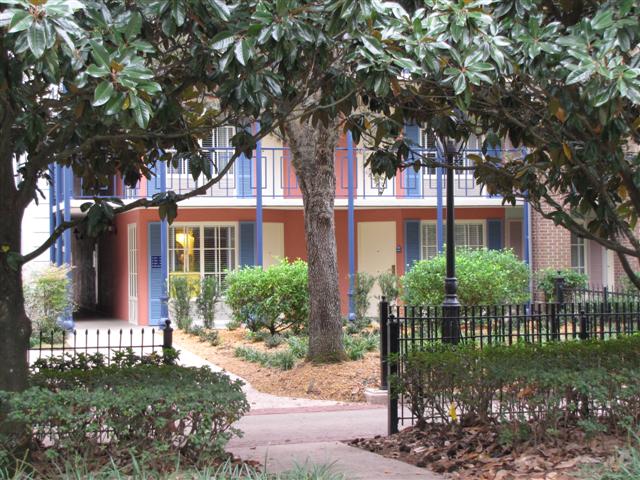 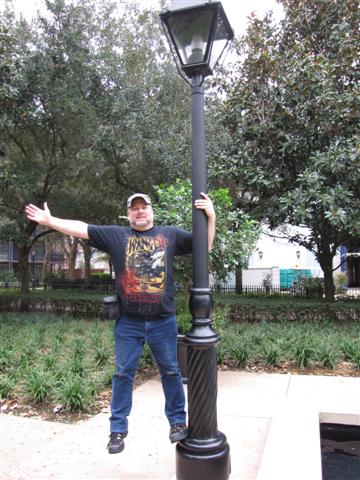 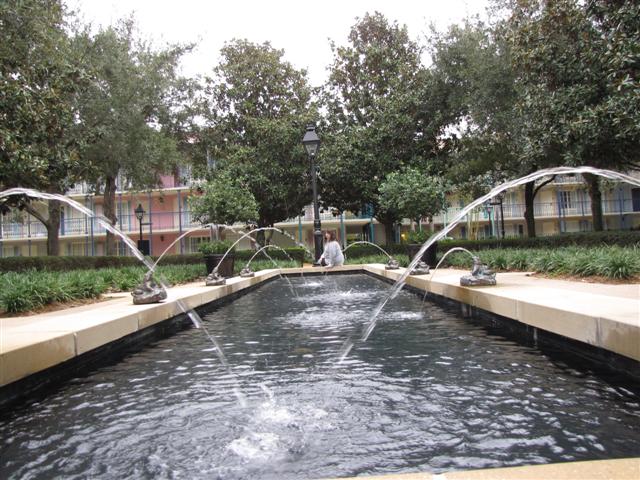 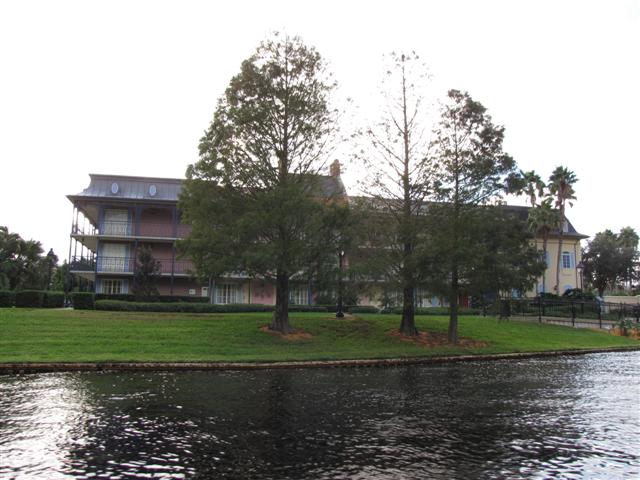 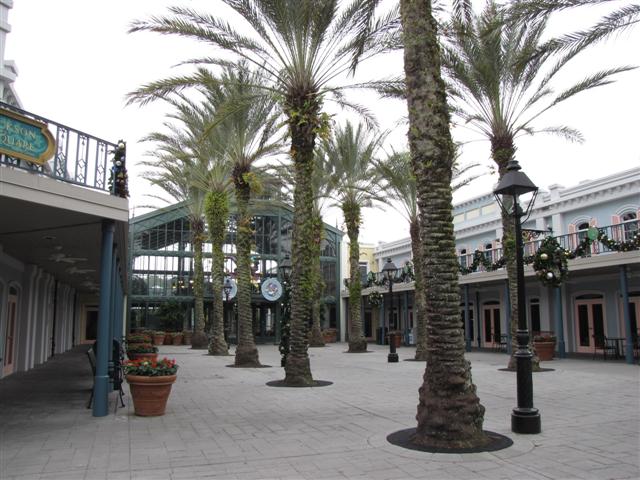 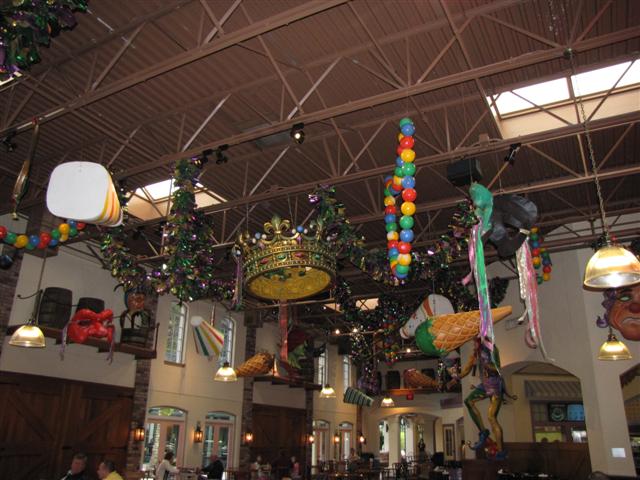 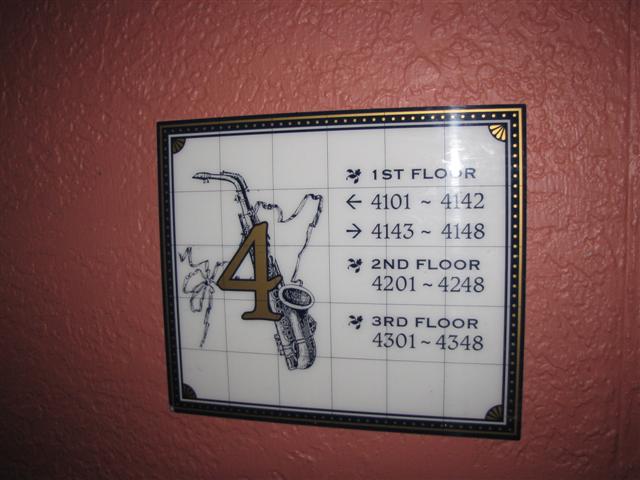 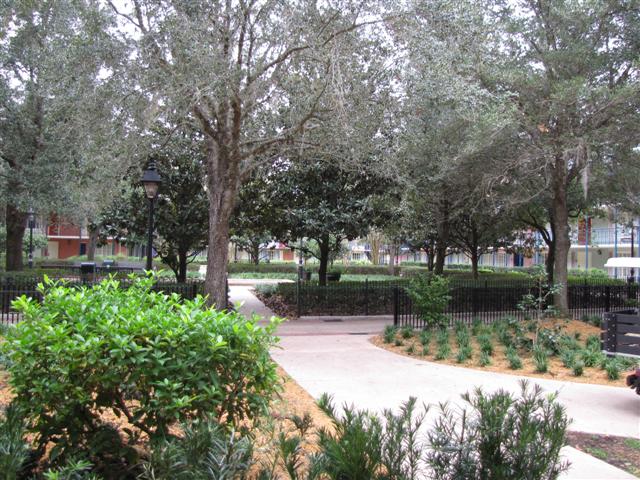 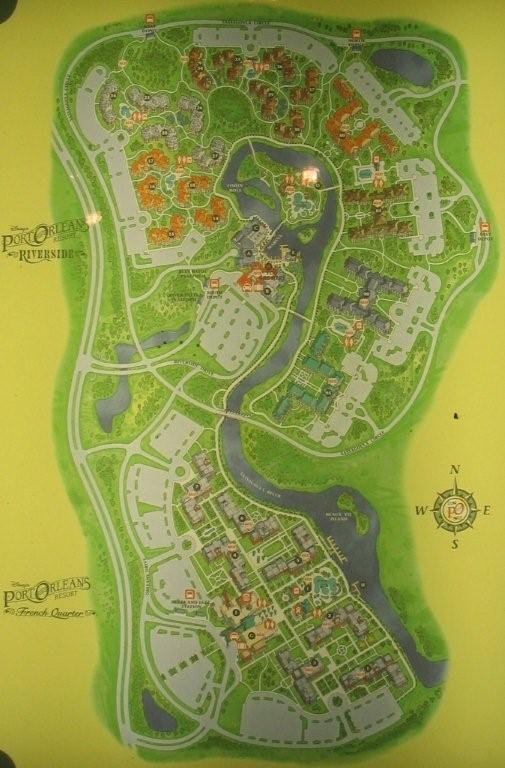 Overall map of Port Orleans. Riverside on top, French Quarter near the bottom 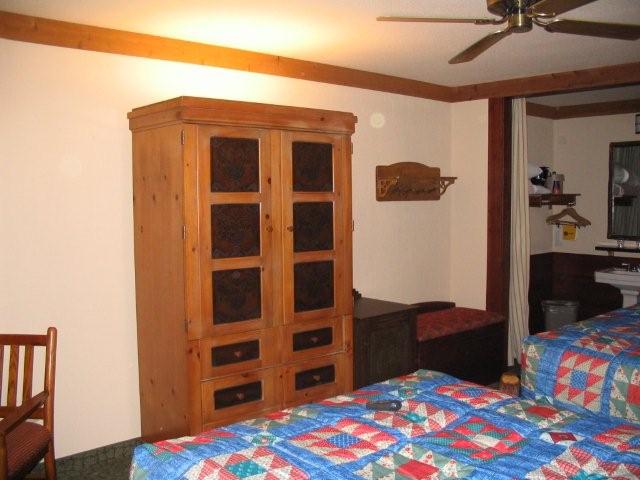 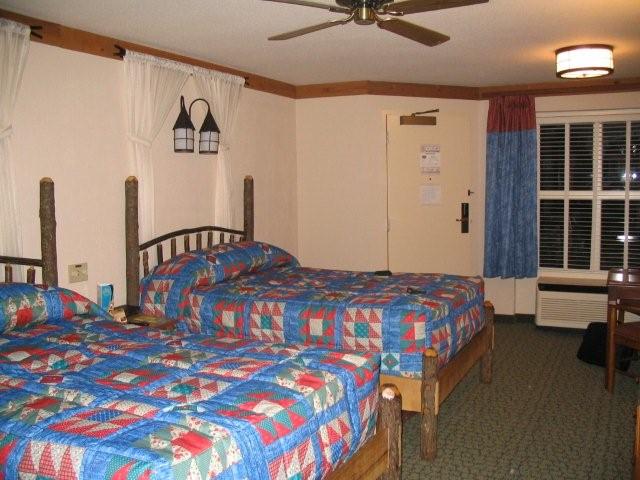 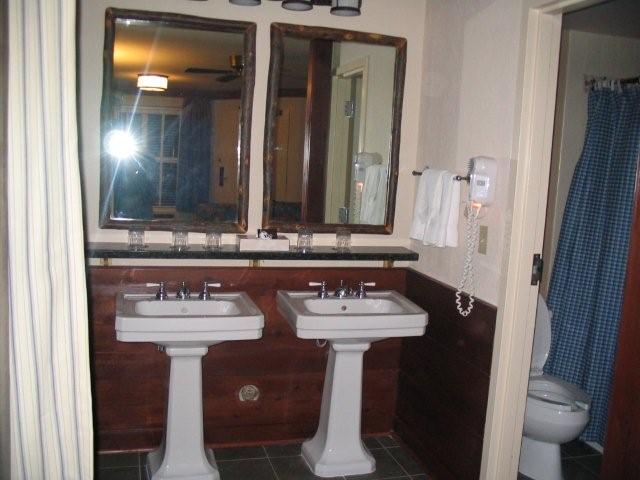 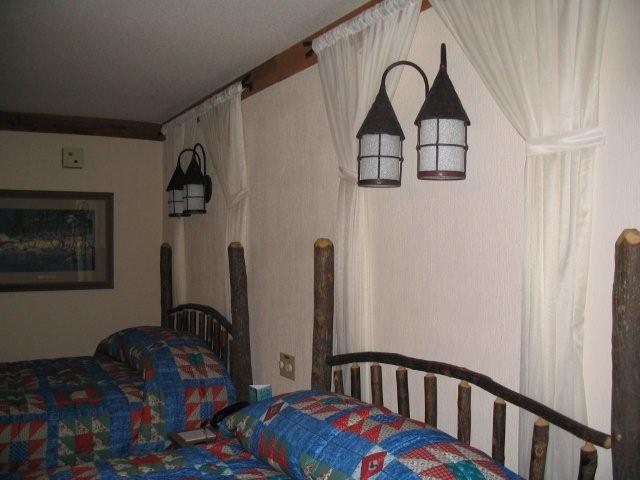 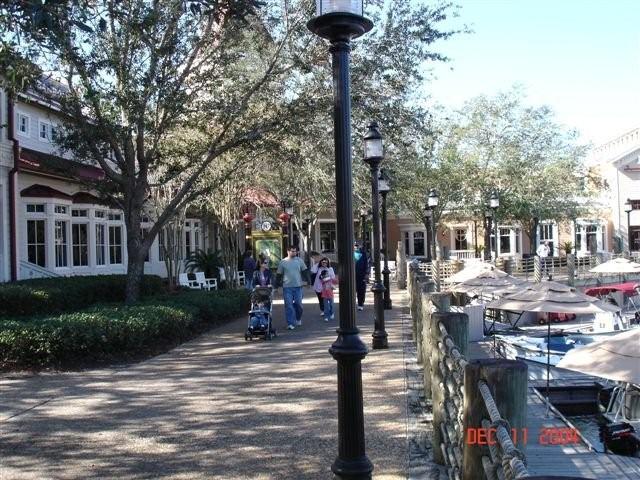 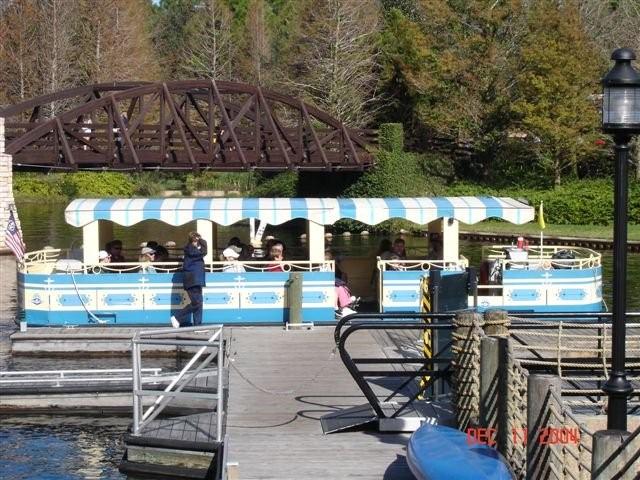 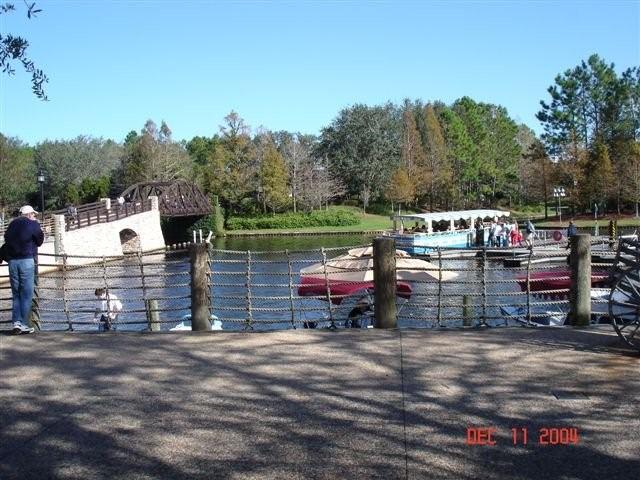 At both of these resorts you can take on of the free boat rides to shuttle yourself between both resorts or even go to Downtown Disney.

They have a beautiful walkway between both resorts. 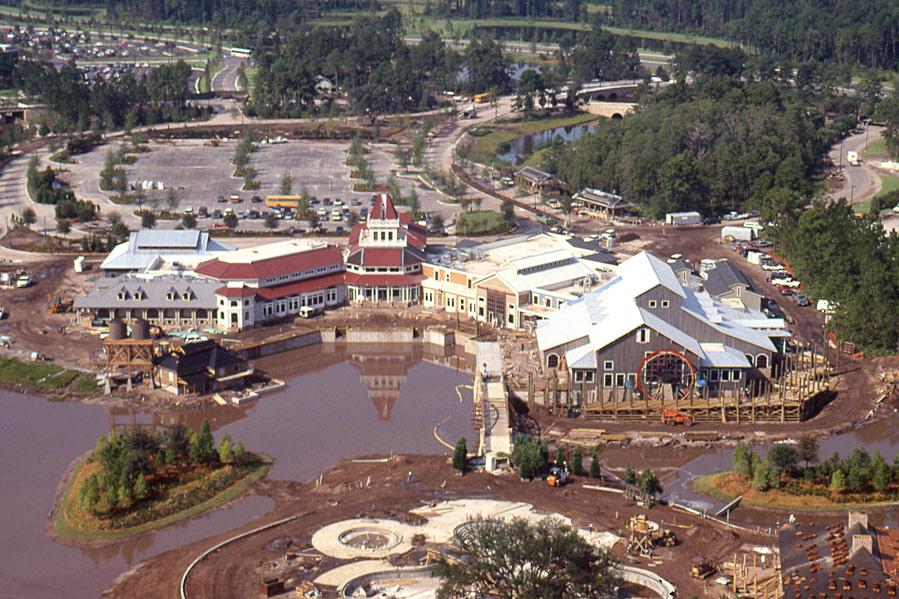 Disney's Port Orleans Resort French Quarter and Disney's Port Orleans Resort Riverside are a pair of resorts at Walt Disney World in Lake Buena Vista, Florida, themed to look and feel like guests are actually staying the night in New Orleans or the old South. Both resorts are located in the Downtown Disney (Florida) area.Port Orleans Resort French Quarter (was simply called Port Orleans until March 1, 2001) is themed after the French Quarter of New Orleans. The resort includes a pool (Doubloon Lagoon), water craft, fishing, and a food court (Sassagoula Floatworks and Food Factory). There are seven buildings in the French Quarter. Sassagoula Floatworks and Food Factory is themed as a Mardi Gras storage warehouse. There are many Mardi Gras props around the ceiling of the room. The food court features many authentic New Orleans dishes and desserts. Doubloon Lagoon is a pool themed around a Sea Serpent. The tongue of the serpent is a slide. Around the serpent are alligators playing different musical instruments. Next to the pool is the kiddie pool and the pool bar, Mardi Grogs.

Port Orleans Resort Riverside (called Dixie Landings until March 1, 2001) is themed after the rustic lifestyle of the old South, along the Sassagoula River. The resort includes pools, a butterfly garden, water sports, catch-and-release fishing, and a food court (Riverside Mill). Guest areas are divided into Magnolia Bend and Alligator Bayou. The first is themed after a traditional country mansion. The latter provides the rustic feel of a rural Louisiana bayou.